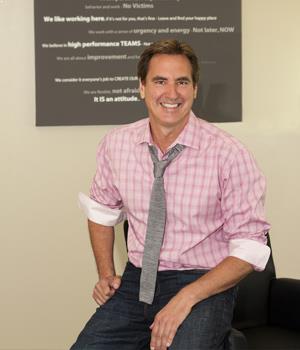 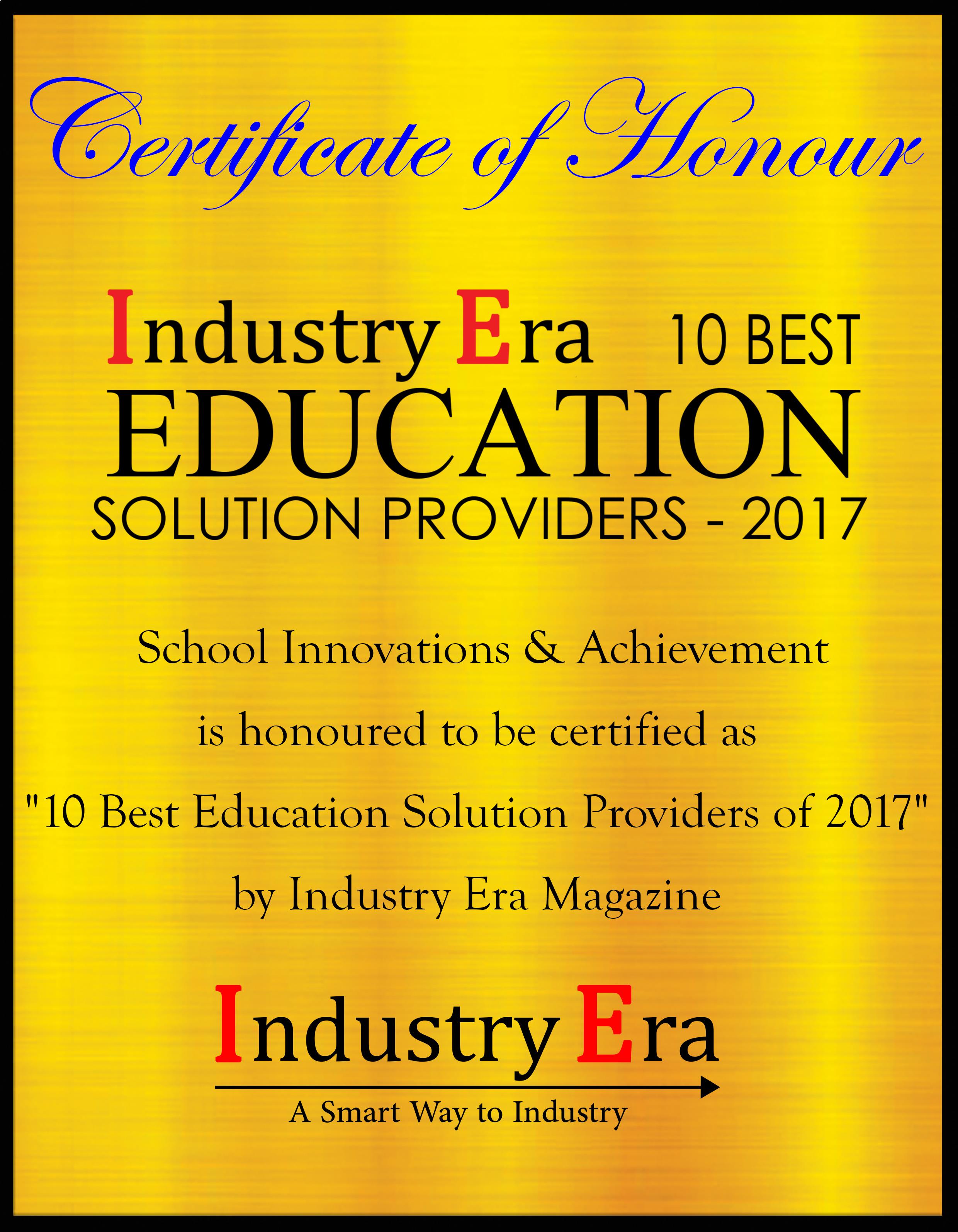 MADE, MANAGED AND MAINTAINED IN AMERICA:School Innovations & Achievement Tackles K-12 Education’s Biggest Challenge
To Prove That Absence Makes Neither The Heart Grow Fonder Nor Promotes Success In Life

For School Innovations & Achievement (SI&A), the claim “Made in America” just doesn’t go far enough. The company’s signature software-and-services package is not only made but also managed, maintained and, when necessary, made better in America.

The Achievement Initiative, featuring Attention2Attendance—or A2A has the product is familiarly known in California, Illinois, Missouri, New Mexico, Oregon, and Texas, where it’s been deployed to date—helps school districts create a culture of achievement, starting with creating a culture of “showing up.” A2A monitors student absences, automatically generating a series of positive communications to parents or guardians in English and in their home language, emphasizing the importance of attending school. Frequently, the first correspondence serves as enough of a wake-up call.

If there’s such a thing as in-sourcing—to preserve a product and program’s quality, responsiveness and agility—A2Ahas created the blueprint for it. This is a home-grown, 100 percent-successful solution to one of American school's most pernicious problems, the no-longer disputed cause of Why Johnny/Joanie Can’t Read, Do Math or Find a Lifelong Pathway to Success.

" Our product is all about engaging and uniting parents, teachers and school officials in a common effort: to recognize that children’s attendance or absence patterns, from a very early age, can affect their subsequent school career "

“What we’ve discovered by using A2Ato help well over two million students so far, is that no matter how high the quality of a school district’s teachers, the level of instruction and the cultural differences that may exist, it’s all for naught if the kids simply don’t show up,” says Jeff Williams, the Founder and Chief Executive Officer of SI&A, an entrepreneur, CPA and adjunct university professor. As a business accountant, he specialized in rapidly growing small businesses, working with some of the profession’s most prestigious firms, including Ernst & Young and Shultze, Wallace & O’Neil.

“Our product is all about engaging and uniting parents, teachers and school officials in a common effort: to recognize that children’s attendance or absence patterns, from a very early age, can affect their subsequent school career,” he says.“Those patterns also affect their business and professional lives later on,” adds Susan Cook, SI&A’s Chief Operating Officer. Cook is a highly respected industry expert in line management operations, individual and team coaching, and organizational alignment to meet critical goals. She served as the general manager for AT&T Business Systems, and as Vice President and General Manager at ARC, Inc.

Drilling Down: All About Attention2Attendance

Here is where we see data driving action. A2A, the foundation of The Achievement Initiative, is a cloud-based attendance tracking and letter/conference management software for detailed analytics, automated notifications and a simplified operational workflow. Through SI&A’s proprietary A2ARobot, the application integrates seamlessly with any district’s school information system and saves time by automating attendance interventions and data reporting.

In addition to the numerous parent communications, the program’s intuitive dashboard enables school-site personnel a real-time overview of what is going on with their students—leaving the burden of paperwork and queries to SI&A. Using their dashboard, end-users can pull student-detail reports and run self-serve ad hoc reports straight from the program. Semi-annually, the A2A team delivers actionable data reports that disaggregate the data, identify key absenteeism patterns, and highlight areas with the greatest attendance concerns.

Founder/CEO Williams says A2A has also added an Ad Hoc Meeting Module that allows meeting participants to document the proceedings in real time “This has special value in a state or district in which there’s an emphasis on home visits when challenges arise,” he says. “Educators can document the data, enabling support teams to act on it much, much faster.”

About The Team And Technology

The high-performance/high-energy team behind A2A consists of application developers, software QA analysts, software engineers, network managers, data analysts, database administrators, product managers, and project managers. The majority of the team members have children in school or have themselves gone through the public school system, providing them with a genuine concern and understanding of the industry they serve.

“What is the most amazing about this team,” says Cook, “is that they know more about the nuances of attendance than anyone in the country—and I am not exaggerating. ”The whole team is co-located with the A2A service team at SI&A’s Northern California headquarters—and, significantly, the proximity to the service and implementation team gives them a front row seat that provides a unique insight not generally accessible to most I.T. staffs. The company has three offices in California and in June of this year, opened its newest office in Houston, Texas to continue to expand on its existing client base in Texas.

“Our customers see the benefits of working collaboratively with our service team, with using scrums, sprints and other agile techniques to stay flexible and responsive,” says Lexi Nutting, Executive Director of Information Technology at SI&A. The majority of A2A’s enhancements are service-oriented, user-driven and keep a step ahead of changing federal and state requirements. “We believe in prototyping as much as possible—sharing these prototypes with users (internal and external) ensures that we hit the mark every time.” Nutting adds that the ease of use and relevant, timely features contribute to A2A’s high user adoption rates.

SI&A’s A2Ais protected under U.S. Patent No. 967440 as a System and Method for Student Attendance Management. Both the process and method are patented, something not frequently seen in the world of software. The A2ARobot, included in the patent, is a silent operation that pushes product enhancements and updates. It “cleans up” work files and requires little school district I.T. support.

In-house software and service teams yield another advantage for SI&A in the race to safeguard sensitive student and demographic data. With the recent uptick in international and overseas-based data warehousing companies, SI&A finds keeping it all under one roof is the best way to ensure stricter student privacy and data security controls. “We set the bar high to ensure data security and compliance,” Nutting explains. “Nothing is outsourced—not even the print production of notifications—allowing us to maintain levels of data security that exceed California (the most stringent) and Federal laws of encryption and protection.”

“Our clients have used our product an average of five years,” says Williams, “while some have been with us since 2009. We’re pretty proud of our 92 percent retention rate.”“There’s a big difference between our software-and-services package and a district’s own strictly-software house program for attendance management,” says COO Cook. “We like to explain it this way; a district’s student information system has a million jobs to do and therefore tends to be a mile wide and an inch deep. Our software is laser focused on only one thing—attendance—we are an inch wide and a mile deep.”

“Our goal,” says Williams, “is to continuously innovate and evolve. We were the first to develop an attendance intervention system and while a few others have tried to emulate us, we are way down the road.”

“Yes,” interjects Cook, thanks to the best tech team in the industry, we have moved from measuring student attendance to measuring improved student outcomes.”

The latest major enhancement is currently being piloted in three school districts with a full release to all their clients planned for the upcoming school year. The new feature gives a sharper, more pinpointed focus on absences. Now, not only what hour a student may have skipped class, but also what the subject was missed, will be identified. This will help parents and educators better understand the causes of student absences—and when they do, it helps students get back on track.

A Seven-Year Study Tells the Story

The professionals behind A2A believe in the value of doing homework—their own.

This past summer, the results of SI&A’s efforts were presented at a conference in San Francisco for school officials, educators and business people.

At the event, the Attendance Institute unveiled the results of following high school students from 21 school districts that had been using A2A for at least seven consecutive years, which found that attendance—even more than rigorous academics, continuous testing and socioeconomic considerations—can have a profound effect on closing the achievement gap.(See chart.) 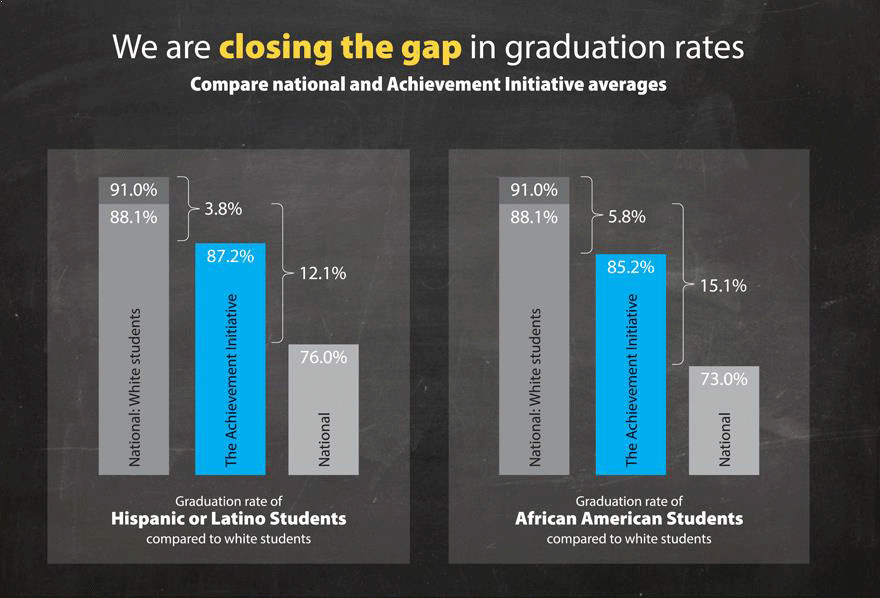 “We saw that attendance breaks this cycle, regardless of ethnicity, financial health and culture,” says Cook. “It can be the catalyst for real and measurable improvement not just for academic success but also for success throughout adulthood. We have proven that attendance is an education equalizer.”

The company also found that creating a culture that prioritizes attendance must begin as early as possible, preferably in prekindergarten, and that a quality multimedia campaign to clearly communicate the importance of attendance is essential. In addition, educational material needs to be directed to the students as well as parents, with information focusing on the effects of poor attendance and where families can turn for support.

A Recipe for Success on Multiple Platforms

Both Williams and Cook say they are “absolutely thrilled” at the company’s being recognized by Industry Era Magazine as one of the 10 Best Education Solution Providers of 2017.

He says that when he started his company more than 14 years ago, initially as a back-office facilitator for California’s school districts and offices of education, he knew he wanted to do something more.

“Our goal all along was to do the research and then create solutions as infallible as possible to help students, schools and parents succeed,” he says. “We knew that if we were successful at our job, they’d be successful at theirs.”

SI&A provides K-12 education software and service also Attention2Attendance, a software solution that decreases school absenteeism by as much as 25 percent. 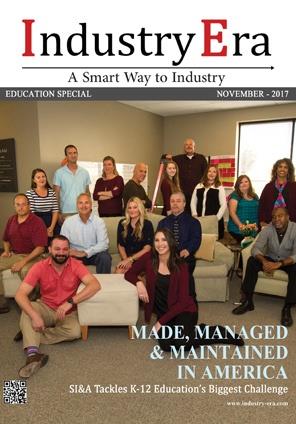